Canine Hip Dysplasia (CHD), by definition, means that the hip is anatomically abnormal. The hip is a ball and socket joint, and hip dysplasia occurs when the ball does not fit tightly into the socket. A loose fit is known as joint laxity. This joint laxity is what is responsible for the development of clinical signs in the dog, as the ball of the femur (the femoral head) moves around too much inside the socket (the acetabulum). This movement results in wearing down of the femoral head, damage to the acetabulum, and bony changes as the joint tries to stabilise itself.

This condition is present when the dog is a puppy, however the dog usually won’t show symptoms until around 6-9 months as the ligaments and connective tissue around the joint starts to become painful due to stretching. This is known as Juvenile Onset CHD. Some dogs won’t show signs until even later, after 2 years of age, when osteoarthritis is starting to develop and resulting in pain. This is known as Adult Onset CHD. 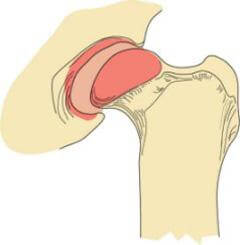 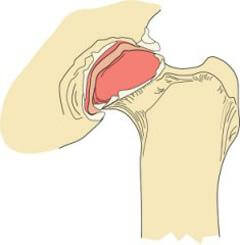 How is it Diagnosed?

Diagnosis is based on several components:

What can be done?

Prevention is key. Osteoarthritis cannot be cured, therefore the goal of intervention in puppies is to fix or reduce the hip dysplasia to delay the onset of osteoarthritis. Puppies who are diagnosed with hip dysplasia early on can be managed closely to delay the onset, or surgical intervention can be used to remodel the hip joint, producing a tighter fit of the joint.

Medical management: The most important factor in decreasing the severity of hip dysplasia is ensuring slow and steady growth of your puppy. Studies have shown that overfeeding puppies who had a genetic predisposition to hip dysplasia, significantly increased the occurrence of the disease in these dogs. It is also important to not over-exercise, to build strong healthy muscle, and to reduce the dog’s access to stairs, slippery flooring, and unnecessary jumping. The management outlined in the attached ‘Joint Health – Managing Osteoarthritis’ can also be utilised both as prevention and as treatment later in life.

Surgical management: There are two main surgical options for puppies with hip dysplasia without radiographic signs of osteoarthritis:

We highly recommend getting insurance for your pet. Hip dysplasia is very common in these dogs, and they are predisposed to several other conditions as well. Their vet bills can get quite expensive, and unfortunately you cannot get insurance coverage once a condition has already been diagnosed (pre-existing). Therefore, we recommend starting insurance as soon as you acquire your new pet. Pet insurance helps ensure that we can all provide the care they require when they need it.

For more information on how to manage osteoarthritis in dogs, please see our article Joint Health: Managing Osteoarthritis

Join Our Community of Animal Lovers

Get the latest pet care advice and promotions.